BACKGROUND & OBJECTIVE: Missed root/canal is one of the main causes of endodontic failure. Permanent mandibular canine is considered to be a single rooted tooth. The complex pattern of root canal system poses difficulty in the root canal treatment and the prognosis becomes uncertain if the debridement and obturation of the root canals is not satisfactory therefore our objective of the study is to assess frequency of two roots in permanent mandibular canine of Pakistani population using CBCT scan.

METHODOLOGY: A descriptive; retrospective study was planned by using Cone Beam Computerized Tomography (CBCT) images of the past 02 year, i.e. December 2017 till November 2018. Images were assessed for the number of roots in permanent mandibular canines using software NNTVIEWER NewTOM. Data was entered and analyzed using SPSS 21.

CONCLUSION: All mandibular permanent canines were single rooted but 5.2% of the permanent mandibular canines had two roots. 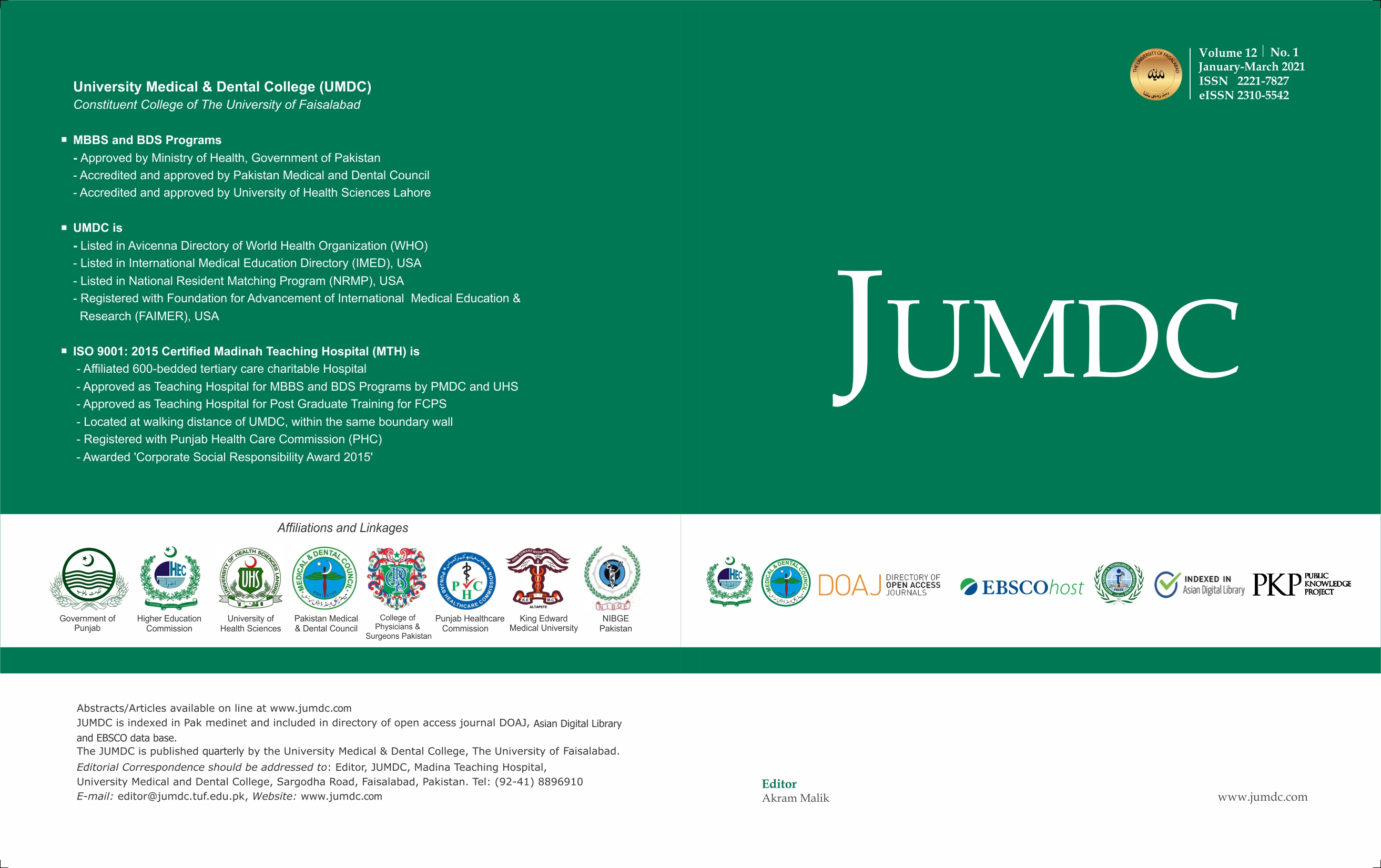